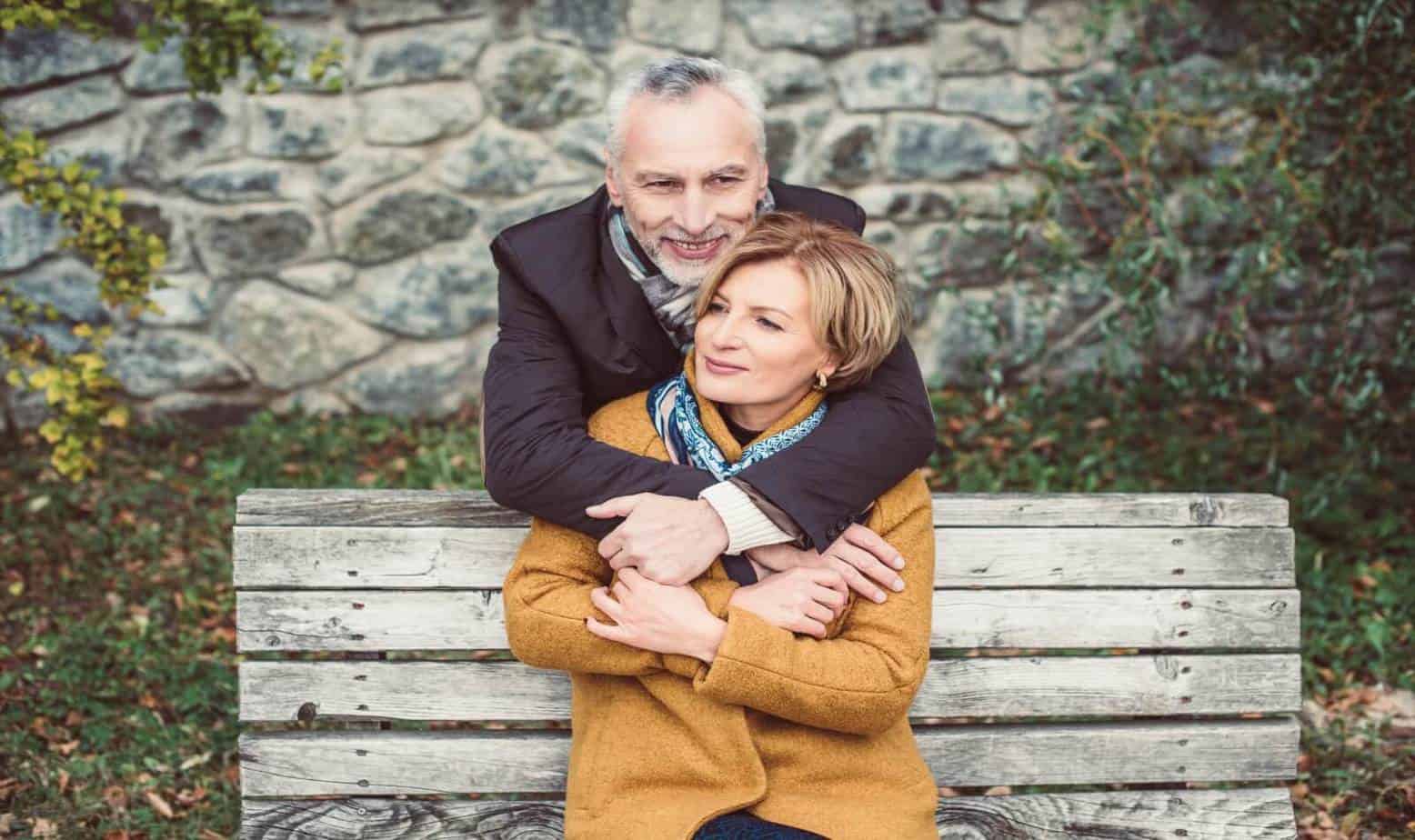 If you’re curious about whether intergenerational relationships really work, you’re in the right spot.

Below, we’ll look at some of the benefits of romantic relationships between different generations.

Then, we’ll go over some of the factors that play a role in determining whether or not they work out.

By the end, you’ll have enough information to help you decide if it’s something you want to try.

3 Benefits of Engaging with Different Generations

Let’s start by looking at some of the benefits of seniors cultivating relationships with younger adults.

There is renewed vigor when you watch young children play or young adults grow up around you, so it makes sense that you’d feel even more invigorated when you actively engage with younger generations.

Just because you’re much older than the people you are in a relationship with doesn’t mean that you can’t learn from them.

Younger generations have very different experiences than seniors simply because they were raised in different times.

The sad fact is, you’ll have to deal with some of that judgement from your own circle. If you know what to expect ahead of time, though, it’s easier to cope with whatever comes your way.

For some reason, people seem to take well to an older man dating a younger woman, so you’re less likely to face judgement or raise eyebrows in this type of intergenerational love relationship.

That is not to say that there aren’t those who won’t have something nasty to say.

Too many people believe that the only reason why a younger woman would think about dating an older gentleman is for money and status.

That couldn’t be further from the truth. A genuine younger woman who is willing to date an older man is attracted to the maturity and responsibility of such a man.

Ideally, an older man will already have chartered their life course and craves commitment compared to the younger men.

There is a lot of stigma surrounding older women/young men relationships. Yet, according to research, a third of women who are between 40 to 70 prefer dating much younger men.

Sexual compatibility is one of the reasons why such senior relationships work. Ideally, a woman will reach their sexual peak when they are 30 or 40 while men reach it in their 20s.

Put the two together and you have a strong sexually compatible couple.

Economically, a relationship between an older woman and a younger man will run smoothly, too.

In recent years, women have become more economically empowered and young men are no longer threatened by women who make more money than them.

A young man would therefore be with an older woman who is mature enough and more economically empowered than a young woman who is still figuring life out.

While prejudices regarding such relationships are not likely to go away, there is no reason why you should feel bad for choosing the intergenerational approach.

How to Get Rid of Stereotypes in This Kind of Relationship

As we saw above, intergenerational couples still face judgement and prejudice even in today’s world. So, how do you deal with all the stereotypes associated with age-gap relationships?

In a world where finding a genuine person to share your life with is proving hard, the least you can do is being true to yourself.

If you are an older man or woman in a relationship with a younger person, just own it!

2. Be Clear About What You Want

Are you in that relationship for the long haul or are you just looking for someone to have fun with?

When you are clear about this, you will be in a better place to deal with the stereotypes that might follow you.

If you are in an age-gap relationship, you are probably going to be judged for that especially if you are a woman dating a younger man.

The last thing you need is to allow these stereotypes to ruin what you have built. Rather, learn to nurture the connection you have because that doesn’t come easy.

Do you want to know why we need intergenerational relationships? Check the video below:

Can This Kind of Relationship Succeed in The Long Run?

These are just some of the celebrities proving that inter generational relationships can work if you put in the work and ignore the stereotypes.

If a relationship with a younger person is going to work, however, there are a few things you need to be realistic about.

1. You Are on Different Maturity Levels

While age doesn’t always influence maturity (we’ve all seen at least one 74-year-old man act like a toddler, right?), it does play a role.

If you are thinking about committing to a younger person, you need to first consider whether they are on the same maturity level as you and can take full accountability for their actions.

That goes for whether you’re an older man dating a young woman or vice-versa.

2. You Are at Different Stages in Life

Obviously, you were born in different generations and sometimes your age gap may be as much as a decade or more.

As such, there will always be that dynamic in your interaction compared to how you would interact with someone your own age.

To determine if such a relationship would work for you, think about how you would feel socializing with their friends.

If the idea doesn’t appeal to you, then it’s a sign that you are not ready for such a relationship.

3. Even Young People Have Baggage

Everyone- including that young man or woman you are trying to commit to- has some baggage.

The worst thing you can do is assume that you are starting a relationship with them on a clean slate with zero baggage.

When you are true to yourself about this, you can then determine if you are ready to accept them and whatever they are bringing to the relationship.

4. Commitment Could Mean Something Different to the Two of You

You were born in different eras and may have different ideas of what constitutes “commitment.”

For example, to you it could mean marriage, while to a younger person it simply means “not dating anyone else.”

So, you need to accept that there is a possibility that you could be at different stages of dating and be clear about that which each other.

Related: Speed Dating For Seniors: What Should You Know Beforehand

There are more and more young people engaging with aging elders for friendships and even serious relationships.

Stereotypes still exist about inter generational relationships but how you handle them will determine if your relationship will succeed or fail.

If you are a senior adult in a relationship with a younger person or are considering getting into one, one thing you need to keep in mind is that you will face a lot of criticism.

However, as long as you are both clear about what you want and understand that there will always be that age-gap baggage hanging over your heads, there is no reason why your relationship shouldn’t work.

Lilian Wamaitha is a passionate writer and avid cyclist with over 4 years of experience in blogging. As a lifelong learner, she is driven by her curiosity to discover and learn new things. This curiosity and passion eventually sparked a love for the senior writing niche. She has written countless articles to help seniors find their footing in this world through healthy and holistic living. She’s passionate about seeing the seniors in society live a more fulfilling life to the end. Follow her on LINKEDIN. Read her LATEST POSTS. Learn more about her HERE.