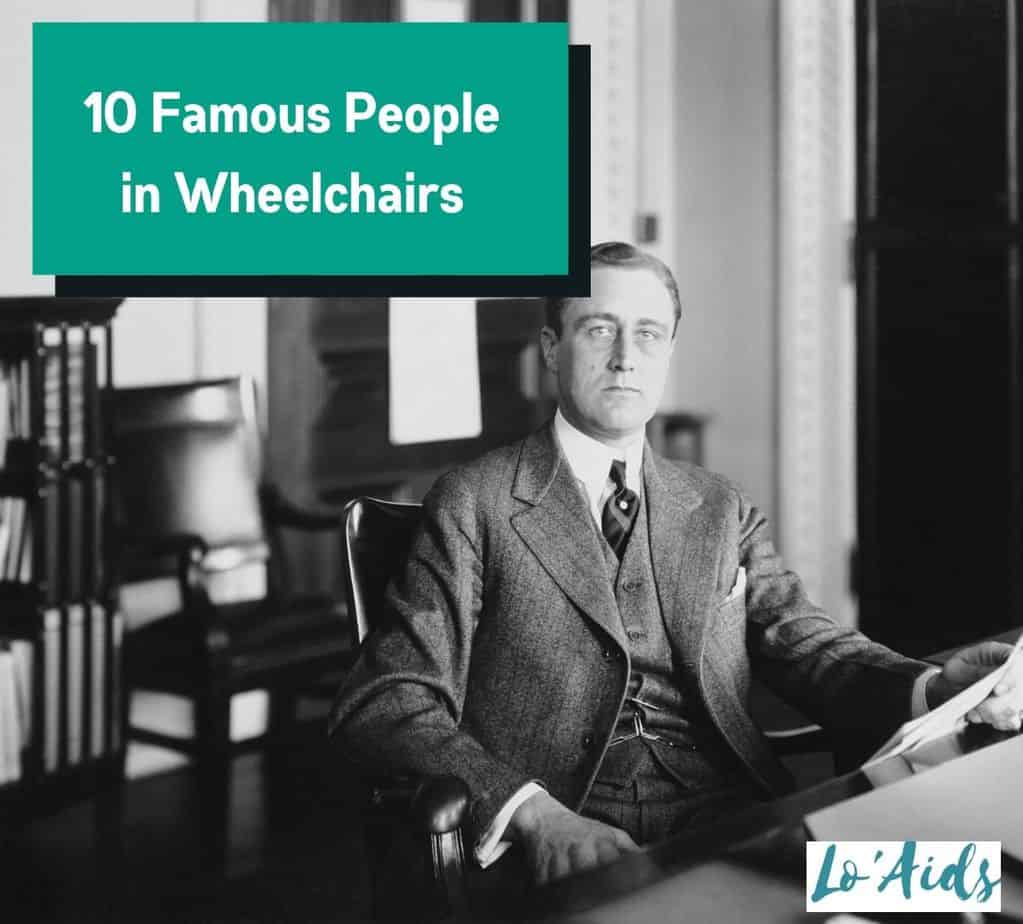 Curious to know if there are any famous people in wheelchairs?

We’ve got you covered!

Just keep reading to learn more about them!

Worldwide, an estimated 131 million people use a wheelchair, so it makes sense that there would be some celebrities among them. Here are just a few of the most inspirational.

Aaron Fotheringham, nickname “Wheelz,” is a WCMX (wheelchair motocross) athlete, who performs tricks adapted from skateboarding and BMX. He was born on November 8, 1991, in Las Vegas, Nevada.

Fotheringham was born with spina bifida, a birth defect of the spinal cord, causing him to have no use of his legs.

Christopher Reeve was an American actor and activist, best known for playing the role of Clark Kent/Superman in the 1978 movie “Superman,” as well as its 1980, 1983 and 1987 sequels.

On May 27, 1995, at the age of 42, a horse-riding accident shattered his first and second vertebrae, leaving him paralyzed from the neck down.

In 1999, Reeve founded the Christopher & Dana Reeve Foundation, a charitable organization that provides information and support for people with spinal cord injuries.

He is the only president to be elected to office four times. He was born on January 30, 1882, in Hyde Park, New York, and died at the age of 63 from Intracerebral Hemorrhage (ICH).

FDR contracted polio in 1921, at the age of 39, while on a family vacation at Campobello Island in New Brunswick, Canada.

The disease left him permanently paralyzed from the waist down, and from then, FDR was in a wheelchair till death. On January 3, 1938, Roosevelt founded the National Foundation for Infantile Paralysis, later renamed the March of Dimes.

READ MORE: Can You Put A Wheelchair On A Bike Rack?

The official cause of death was a pulmonary embolism, although some people suspected that she committed suicide.

Kahlo contracted polio at the age of 6. The disease crippled her right leg, making it shorter and thinner than her left leg.

Of the 143 paintings that Kahlo created, 55 of them were self-portraits. She once said, “I paint myself because I am so often alone and because I am the subject I know best.”

John Hockenberry is an American journalist, author and commentator. He was born on June 4, 1956, in Dayton, Ohio.

Hockenberry sustained a spinal cord injury, while he was hitchhiking on the Pennsylvania Turnpike, in 1976, at the age of 19.

The crash left him paralyzed from the chest down. He is a four-time Emmy Award winner and a three-time Peabody Award winner.

Micah Fowler is an American actor, disability rights advocate and movie enthusiast. He was born on March 5, 1998, in Barnegat Township, New Jersey.

Fowler has cerebral palsy, but unlike his character on Speechless, he is able to speak. He is an Ambassador for the Cerebral Palsy Foundation (CPF).

Fowler is best known for his role as Barry in the 2013 drama movie- Labor Day and his role as Jimmy “JJ” DiMeo Jr. on the sitcom television series- Speechless.

He was born on December 4, 1982, in Melbourne, Australia. Vujicic was born with tetra-Amelia syndrome, a very rare disorder characterized by the absence of arms and legs.

In 2005, he founded Life Without Limbs, an international non-profit organization and ministry. In 2007, he founded Attitude Is Altitude, a secular motivational speaking company.

Stephen Hawking was an English theoretical physicist, cosmologist and author. Hawking is probably one of the most famous people in wheelchairs.

While the average life expectancy after diagnosis is 2-5 years, Hawking lived with the disease for 55 years, the longest recorded time. In 1974, he was elected a Fellow of the Royal Society (FRS).

In 1982, he was made a Commander of the Order of the British Empire (CBE). In 2009, he was honored with the Presidential Medal of Freedom.

READ MORE: Why Is Lex Lugar in a Wheelchair?

Tanni Grey-Thompson is a Welsh politician, television presenter and a former wheelchair racer. She is one of the most famous people in wheelchairs.

Tatyana McFadden is a Russian-American Paralympic athlete competing in the Wheelchair Track and Field category.

After being abandoned by her mother, McFadden spent the first 6 years of her life in an orphanage, until she was adopted by Deborah McFadden, the United States Department of Health’s Commissioner of Disabilities.

McFadden was born with spina bifida, which left her paralyzed from the waist down. Throughout her career, she has won 20 World Championship medals and 17 Paralympic medals.

READ MORE: Know The History of the Wheelchair Ramp

How many people in the world have disabilities?

According to the World Health Organization (WHO), around 15% (or over 1 billion people) of the world’s population lives with some form of disability. According to the Centers for Disease Control and Prevention (CDC), 61 million adults in the United States live with a disability.

Who is the most famous wheelchair user?

Stephen Hawking. In 1963, at the age of 21, Hawking was diagnosed with amyotrophic lateral sclerosis (ALS) and was given just 2 years to live. However, he lived with the disease for 55 years until his death on March 14, 2018, at the age of 76.

What is the most popular quote from a famous person using a wheelchair?

“I think a hero is an ordinary individual who finds the strength to persevere and endure in spite of overwhelming obstacles,” by Christopher Reeve, an American actor, activist and director. Reeve is definitely one of the most famous people in wheelchairs.

Who is one of the top Paralympic athletes?

Who is the world’s best female wheelchair racer of all time?

Tatyana McFadden. She has won a total of 17 Paralympic medals, including 7 gold, 7 silver and 3 bronze. She also has 23 World Major Marathon wins including 4 consecutive Grand Slams (1st place in the Boston, Chicago, New York City and London marathons in the same year).

Who is a modern television character played by one of the most famous people in wheelchairs?

Jimmy “JJ” DiMeo Jr., played by actor Micah Fowler, in the sitcom “Speechless.” JJ is a high school student with cerebral palsy, who is non-verbal and uses a wheelchair. Micah Fowler also has cerebral palsy but can speak with effort.

As you can see, throughout history there have been some famous people in wheelchairs. They have included actors, athletes, journalists, motivational speakers, painters and politicians. These famous people battled, lived with and overcame their disabilities on a daily basis.

What are your thoughts about these famous people in wheelchairs? Share below!