Why Is Lex Luger in a Wheelchair? What Happened To Him? 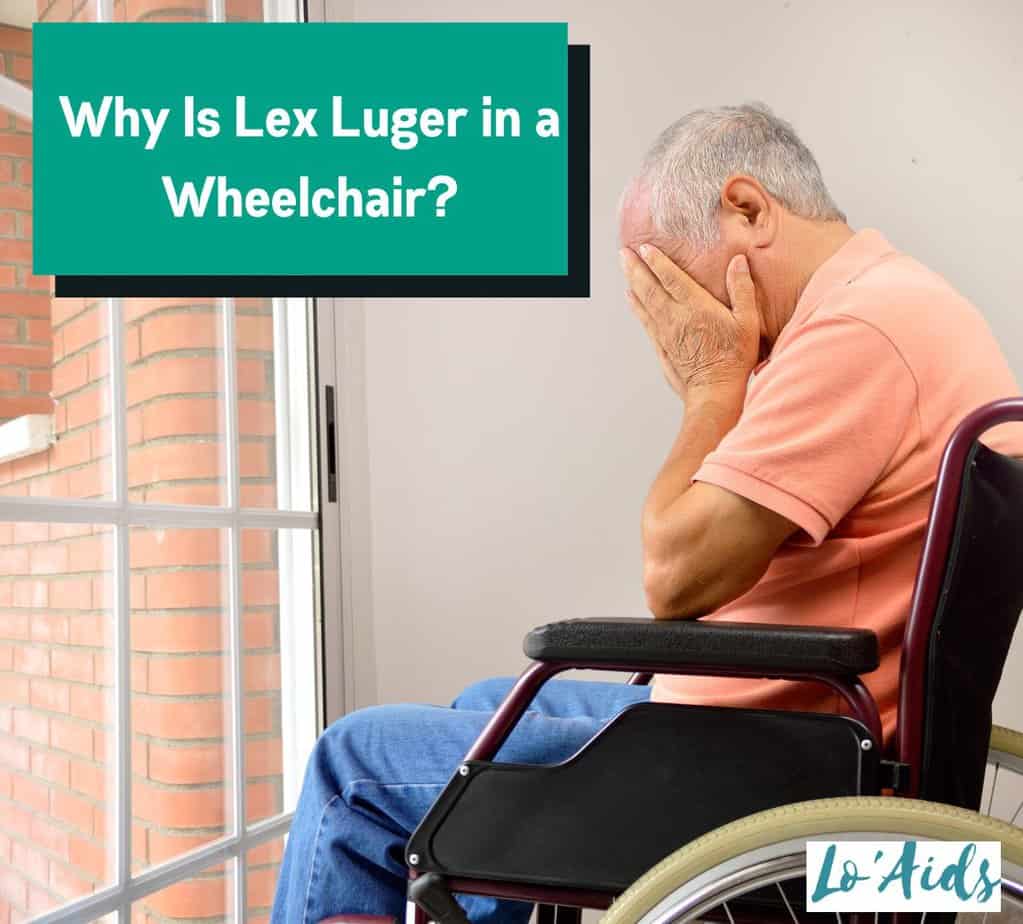 Why is Lex Luger in a wheelchair? This was one of the highlights of a conversation with my father one Saturday afternoon about this famous person on wheelchair.

I was curious about what happened to the famous athlete, so I researched the wrestler’s life. Here is a brief breakdown of Lex Luger, alias Larry Pfohl, and why he is a wheelchair user.

CHECK: Why is Governor Abbott in a Wheelchair?

Famous WCW wrestler in the 90s and early 2000s, Lex Luger, was seen as the next Hulk Hogan by Vince McMahon. Born in June 1958, Lawrence Wendell Pfohl, alias Lex Luger, is a retired bodybuilder, football player, and wrestler.

The wrestler is divorced from Peggy Fulbright after having two children.

In April 2003, Luger got into a domestic dispute with his girlfriend, Elizabeth Hulette, where the Cobb County Police Department found him guilty of assault.

But he was released on a $2,500 bond with a misdemeanor battery charge. In May 2003, the girlfriend, Liz Hulette, passed away after taking vodka and painkillers, leading to Luger’s arrest. (1)

The Cobb County police released the wrestler on $25,000 bond, and an autopsy report ruled Liz Hulette’s death as an overdose. Luger pleaded guilty to possession charges and was sentenced to five years of probation.

In 2005, Luger tried to get back into the ring and work in Winnipeg, Canada. But he got taken off the plane for breaking probation laws and committing acts of disturbance along with Scott Steiner and Buff Bagwell.

Check out this YouTube video from WGRZ-TV to learn more about the athlete’s life.

Why Is Lex Luger in a Wheelchair?

Lex Luger developed mobility issues in October 2007 during a flight from Atlanta to San Francisco.

In a WWE interview, the former wrestler disclosed that the spinal cord issue started due to wrong head positioning during the flight. (2)

The position had cut his blood flow and caused a massive swelling from the neck’s base to his chest. The spinal injury did not appear serious, but Luger was still in awful shape after a month.

Here is a YouTube video from Macho Mecca of the former athlete talking about his neck injury.

The doctors disclosed Lex would remain quadriplegic and need 24-hour medical attention. But he told the Atlanta Metro News in 2010 that his health was improving and he had never felt better in spirit. (3)

Despite the spinal infarction, the former bodybuilder could walk and drive for short distances. Fast forward to 2014 and beyond, Luger became increasingly reliant on a wheelchair.

Luger attends wrestling fan events to interact with his fans. In the WWE interview, Luger thanked his fans for their support throughout his career and for putting his life back into fantastic shape.

In an interview with Sports Illustrated, Lex Luger hinted that his health was fine apart from the spinal injury. “I usually use a wheelchair or the best upright walkers, but I can walk a bit,” he said. (4)

With the news of a WWE Hall of Fame induction, Luger hopes to walk onto the stage. “The honor would be the biggest cherry on my career,” the former wrestler stated.

Lex Luger has not yet appeared in the WWE Hall of Fame because of his move to WCW in 1995. The absence is also linked to Elizabeth Hulette’s death and his involvement with drugs. (5)

But WWE’s management has changed following Vince McMahon’s departure. The organization is under Triple H, leaving Luger hopeful to appear in the Hall of Fame.

According to Booker T, Lex promised to walk across the stage during the induction event. “Would that not be something special?”, Booker, the two-time Hall of Famer, continued. (6)

Where Is Lex Luger Now?

As of 2020, the former wrestling legend lives in Buffalo, New York. He is involved with charitable work, where he spends most of his free time in schools and churches, sharing his life experiences.

He visits the Shepherd Center, a brain and spinal cord injuries hospital, for his rehabilitative therapy.

“The institution is amazing and has allowed me to encourage families and peers that they can also get better,” he said in the WWE interview.

He is involved in writing for Christian Living Magazine and SupplementDepot.Net. Apart from these activities, he is also looking to enter politics with a focus on healthcare.

Check: Why is Deion Sander in a Wheelchair?

Why is Lex Luger a wheelchair user?

The retired American wrestler suffered a spinal infarction during a flight to California. According to an unconfirmed report, he was put on antibiotic treatment, but there was no official prognosis.

How old is Lex Luger?

Yes, the former professional wrestler is still alive and lives in New York.

With hopes of a WWE Hall of Fame induction, the former wrestler hopes to surprise his fans. So be on the lookout!

Does the news make you sad? Don’t forget to share your feelings in the comments section!