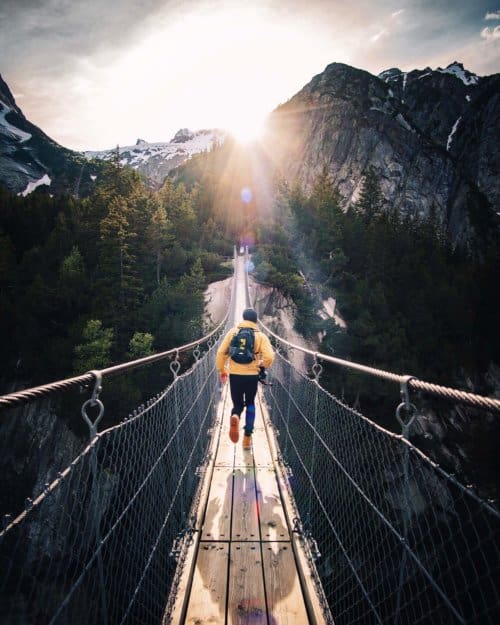 This is a story about a 63-year old senior with a pacemaker who used to think running was torturous, but whom running helped survive through a heart attack, overcome eating disorders, and experience golden years to the fullest.

I remember days when I was still in school (yup, a long time ago).

Tennis and hockey were my cup of tea, but I hated running.

Even my high school teacher was okay with the fact I could barely make it around the track.

Whenever I would see people running in the rain I would say “Really?”, out loud.

As the years went on, my physical activity levels got terribly low, but I couldn’t care less.

Damn! She made me lick my fingers after each meal.

Sometimes hers as well, to be honest.

Working as an accountant, mostly overtime, driving to work and back home for an additional hour and a half each day made me lazy.

This sedentary lifestyle combined with Dew’s kitchen made a 350-pound man of me by the age of 53. 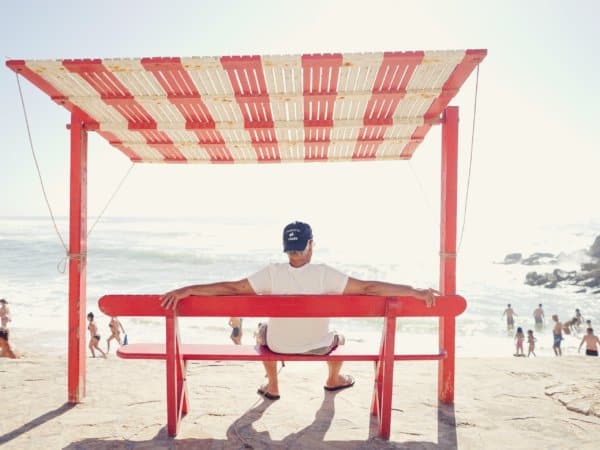 And then, for my 54th birthday, I got a warm wool pullover, some fishing equipment, a beard trimmer, and a heart attack.

I was never so much of a fan of birthday parties either.

The fifties weren’t the luckiest age for a fat man like.

This bastard waited for the moment to strike.

A part of my heart died, and this felt and seemed literally awful.

Doctors had to piece together my torn muscle bridge separating the left and right ventricles.

I still was the lucky one, surviving the critical first month after the procedure.

Two months later, I had a pacemaker implanted.

Even though preoccupied with thoughts whether I am going to make this through, something was telling me St. Peter didn’t want me to visit, yet.

The procedure they had to carry out carried a high risk, and we made it through.

Something clicked inside of me.

It became clear that I still got 50% chances to ruin everything and stay in my comfort zone, around the kitchen most of the time, which would skyrocket me to heaven.

On the other hand, I was blessed to realize my resistance to physical activity should become my ally, my savior.

Luckily, my doctor was pretty straightforward at the last check, before I was released from the hospital.

He told me: “Move it or lose it.” Instead of lying down for days, he recommended light physical activity.

Bicycling, walking, and yoga, for starters.

Now, you can only imagine how ridiculous a 330-pound man (lost 20 during the hospital stay) looked like while doing asanas.

Yet, I was up for a challenge.

Well, hey! I am still alive.

Today is my 10th heart attack anniversary and let me tell you – I truly feel like I was born-again that day.

No lies – I went through a sweaty, long phase of training after my release from the hospital.

Surely, during the first 12 weeks, a nurse monitored my condition while training (riding bike).

Dew wouldn’t be so happy to hear about this, so I remained silent.

The nurse was so hot even the death part of my heart skipped whenever she touched my hand or my knee.

Deborah, that was her name, somehow awakened a youngster in me.

Before my heart attack, I wasn’t sexually active at all. I wasn’t active nor after it, for about one and a half year.

Yet, in my mind, I was running marathons with Deborah, while riding a bike.

That was the first time marathons came to me, even though for a completely different reason.

Cardiac rehab I went through helped a lot. I met a bunch of people with similar concerns and conditions, which meant a lot.

Lost 20 pounds more, and that was nothing in comparison to what followed.

During all these years, I managed to lose 155 pounds.

Even though this sounds like a lot, I am not a skinny old man now.

Besides cycling, yoga, and light walks, do you know what helped me lose THAT MUCH weight? Running.

Run for life! Marathon for Seniors!

In two weeks, I will be running the Boston Marathon.

This is going to be a late birthday present to myself.

Bet you are thinking a senior with pacemaker can’t hold it? In a nutshell – this is my 6th marathon.

I never scored high, but hey, it is a success to even be able to participate.

Doctors advised me to train on a strict diet that includes a ton of mixed veggies and liters of water a day.

I packed my fridge with iced veggies, for sure, but I am using these bags for my knees, to be honest.

My weight loss made me go longer, but physical activity came as a cherry to the top.

That’s why she had to remain silent.

Dew is 6 years younger, which is why she still has a drive for it, and that doesn’t bother me at all now that I have the drive too!

It wasn’t easy to get into the regime of running, especially when you know I hated it prior.

However, I somehow turned my light walks into fast walking, and then, switched to running.

My daughters were scared as hell when I brought up the idea about a marathon. In the beginning, it was tiresome and my pacemaker was questioning my decision, I can tell.

One of the things that made me start with a bit heavier exercising was the cardiac rehab I mentioned.

After one of the sessions, a comrade was telling a story.

His cousin, who was 78, was a passionate marathon runner.

The old man looked at least 10 years younger, as we saw pictures of him on Facebook, which eliminated any doubts.

He had some arthritis issues, but it was nothing compared to his age.

Even though he started running marathons as a youngster, it was still pretty impressive for me to hear about his stunts.

After the surgery, I wasn’t afraid to die, but I didn’t want to die young either.

I was 54 when the guy told us about the old fellow running marathons at 78, and it seemed legit for all of us to live up to that age.

Now that I’m 64, I still think it’s not my time to die, which is why I am so passionate about running.

I said to myself: “Run for life!”One of my daughters has kids, and I am a grandpa, but April, my second child, is still unmarried and I would want to see her walk that aisle in a wedding dress too.

Marathons I was participating in were mostly around 26 miles.

Yet, it took two years to prepare for my first marathon.

Hal Higdon’s marathon program seemed like a good base.

Hal is the Olympic Trials type of runner, but he began running as a student, which makes things clear.

Yet, his program includes seniors as well.

Despite my enthusiastic attitude, this seemed like A LOT to handle.

Then, an idea came to my mind – I will hire a professional coach with running experience.

Not an easy task either, but eventually, he showed up. We agreed upon purchasing a time registration device and a heart rate monitor.

Tim, my coach’s name, wanted to make sure there is no interference with my peacemaker.

Tim was such great support.

He wasn’t in his youngest age either (48 when we started training), so he could understand me a bit better than someone in a full force.

What I needed was motivation, not pressure.

Running after a heart attack, with about 20 pounds more to lose, wasn’t gracefully at all.

Getting into shape while paying attention to my condition was hard. I couldn’t fake it.

I used to lose my breath often at the beginning, which sometimes turned to choking.

This scared the hell out of Tim, and it wasn’t pleasant for me either.

Each time this happened, I remembered Dew, kids, grandkids, but that 78-old guy too.

If he could make it, I would!

The whole running thing made me stubborn and persistent. Sometimes I used ankle brace to lower the pain while running.

I read a lot about other people with pacemakers who do marathons, and what was in the newspaper, books, and on the internet.

I also read about disabled people in wheelchairs doing marathons and it made me go wow. As a fully able-bodied man, what stopped me from achieving my goals?

That pacemaker thing, but eventually, it became a part of me, so it didn’t seem like an obstacle.

Marathon for Seniors : To be or not to be, that is the question… 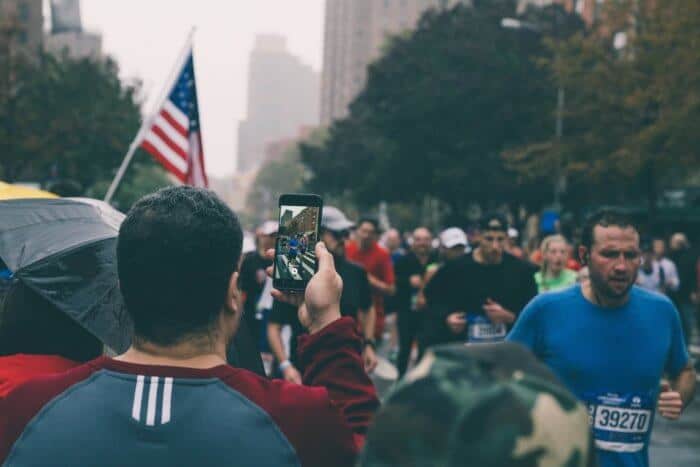 Training with Tim truly made a runner of me.

You get the point.

These were baby steps. A great thing was that I was already into the mood with fast walking, but running still involves sharper motion and speed, which was all a threat for a pacemaker freshmen.

The very fact I did 6 marathons until now is enough proof of our accomplishments.

Yet, another obstacle came my way, totally unexpected. 3 years ago, we had a family trip to the Sahara.

Still don’t get it how this happened, but I fell on a rock and landed on my left knee.

For some reason, the knee didn’t swell, and I denied that it could be an issue later on.

When we got back home, I kept on training for the New York Marathon with a strap below my knee, disregarding certain discomfort down there.

I was in denial. At certain point, I realized being persistently stubborn could ruin all my efforts so far.

Dew suggested going to chiropractic, which didn’t work, so I switched to a physical therapist.

My diagnose was arthritis.

Funny, right? I looked up the 78-year runner with arthritis and earned it as well.

The therapists should restore fluidity to my stride and lose my clenched muscles.

It took 10 weeks to heal, partially.

Then, I got a painful deep-tissue and Achilles’ tendon massage.

At first, my masseuse set me on fire when I saw her, but shortly after – she set my muscles on fire.

I almost shed a few tears. Luckily, everything settled down shortly – pain, tendon, and my back was a lot better too.

If I kept on neglecting something was happening with my body, I wouldn’t make it to the New York Marathon.

I did, but the line between victory and defeat was thin.

When I say victory, that means being able to participate at all.

The score wasn’t great, but I felt great.

So, what’s the moral of the story?

From my point of view, my recovery from a heart attack and a delicate procedure that followed was truly a miracle.

However, another miracle was that I had the courage and motivation to turn my life and my mindset upside down, in a positive way.

I could have stayed in my comfort zone, but that zone would kill me.

Food was my passion, but it was dragging me down slowly.

Embracing physical activity was a game-changer for me.

Me, a hater of runners.

And not only I became a runner, but I also became a marathon runner.

Life is a marathon, and, even though I know it will eventually come to an end, I still don’t mind when my knees beg for an Uber or when my back hurt, as that’s the sign I’m alive.

Listen, I count people as I pass them.

Of course, not out loud, but this comes as an adrenaline injection.

Who would say the guy who wrote the introduction and me today are the same person.

Running is not just a physical activity for me.

The wisdom of running crashed down my mental limits, prejudices, helped me gain confidence, made me chase my goals (literally), and most importantly – kept me alive.  Read more on my friend senior blog.