Why is Wendy Williams in a Wheelchair? (Shocking Facts!) 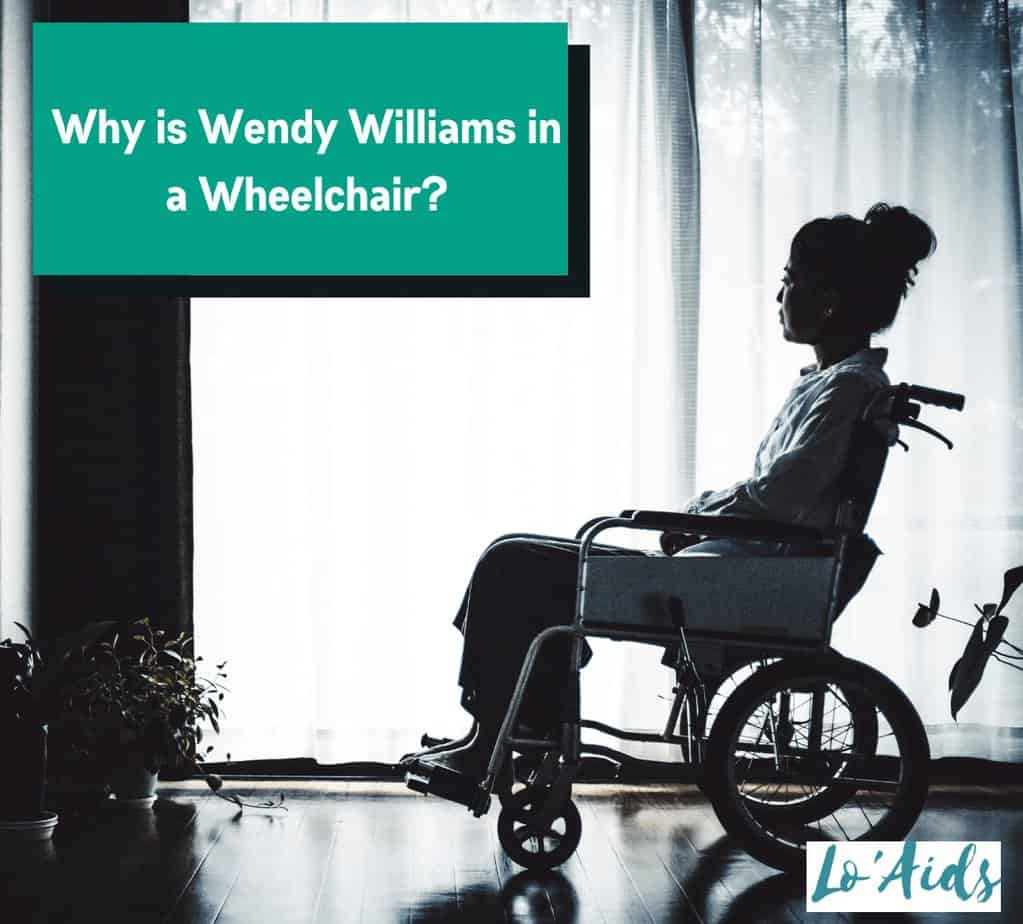 According to reports, apart from showing early signs of dementia, Wendy lost all blood circulation to her feet and legs.

The controversial talk show host for her self-named show, The Wendy Williams Show, had been absent from the show since it made a return in September 2021.

So what happened to Wendy, and why was she in a wheelchair? Here’s what I found out.

CHECK: Why Was FDR in a Wheelchair?

What Happened to Wendy Williams?

The then 57-year-old talk show host was seen being wheeled by a friend in New York, sparking numerous queries.

Reports claimed the talk show host was showing early signs of dementia that had put her in a wheelchair.

Her ongoing health issues were to blame for her absence in the purple chair. The Ricky Smiley Morning Show claimed the television host had lost blood circulation in her feet which is why she was in a wheelchair.

However, her brother Tommy Williams Jr refuted claims she’s in the early stages of dementia (1). In an interview with the Sun, he said the beloved host had no cognitive health issues.

Rather, physical medical issues and not her mental health prevented her from resuming her hosting duties.

Wendy isn’t a stranger to speculation over her health, with her health complications being a hot topic.

She also had to contend with a positive Covid-19 diagnosis in September 2021, just before the Wendy show’s return was pushed back.

She’s been open about her addiction issues while also admitting to suffering from Graves disease and hyperthyroidism.

The Emmy award-winning host gave an update on her health issues on Instagram, saying, “I’m making progress, but it’s just one of those things that are taking longer than we expected (2).

I’m a woman of a certain age, and I know enough to listen to my doctors and will return to my purple chair as soon as we all agree I’m ready.

I love spending my mornings with you and all, and I’m doing everything to get back to work, but right now, Wendy has to focus on Wendy.”

With her health complications, it’s obvious to wonder what will happen to her show.

The host of the Wendy Williams Show had not made the expected original return to the show in September 2021 because of her health.

A lineup of other hosts was set to host the show for as long as her health issues continued.

An exciting lineup of guest hosts had hosted the show in her absence for some time. Of these hosts, Leah Remini and Sherry Shepherd caught the eye of the viewers.

There was even a clamor for the former to take over the hosting duties full-time instead of a rating clique of notable names as hosts (3).

At the time, it was unclear just how long the longtime host would be sidelined from hosting the popular program. The show was later canceled in June 2022 after almost 14 years.

Her time spot was taken up by Sheri Shepherd, who also led a tribute to the veteran host who had last appeared on her show in 2020.

Wendy Williams wasn’t impressed by the ending of the show. In an interview with the New York Post, Williams said she liked nothing about the finale of the long-running show (4).

After the cancellation of the show, there has been a little appearance of the queen of talk shows. So how is she doing today?

How Is Wendy Williams Doing Today?

After the official ending of her show amid struggles with thyroid conditions partly caused by Grave’s disease, Wendy checked into a wellness facility in September.

The speculation was due to the disturbing behavior she was exhibiting. An inside source had disclosed to the Sun that Wendy has a drinking problem spiraling out of control (5).

That was a few months after her popular program, The Wendy Williams Show, wrapped up soon after the 13th season.

She’s no longer in a wheelchair and could be back soon in a different career trajectory, according to her publicist.

The Wendy Williams Show fans are now wondering if the show will return to the air.

Will the Wendy Williams Show Ever Return?

It’s unlikely the long-running talk show will ever return. Even if the original host, Wendy Williams, wins her health battles.

The show had been a good competitor of the Ellen DeGeneres show, among other shows attracting high household ratings (6).

That still won’t help to have the show return unless there’s an extremely good change in circumstances.

Canceled shows rarely make a return despite a public clamor for them to return.

Why was the Wendy Williams Show canceled?

The show was probably canceled because of Wendy William’s health. Wendy Williams had stepped back from hosting the show amidst a difficult time with her health.

What was the Wendy Williams show about?

The show was a talk show about the latest entertainment use and celebrity gossip.

For how many years did Wendy Williams Show run?

Why is Wendy Williams in a wheelchair? She had a range of health issues, including the early onset of dementia that put her in a wheelchair troubling her. (7)

Is Wendy Williams still in a wheelchair, though? Not she isn’t. However, she checked into a wellness facility to get the best care for her failing health and other troubles.

The 58-year-old talk show host is a true icon of the showbiz world. Unfortunately, her health issues got in the way of continuing her run on the Wendy Williams show.

So, do you know anything other than what we shared? Don’t forget to share with us in the comments section below!

16 thoughts on “Why is Wendy Williams in a Wheelchair? (Shocking Facts!)”