Why is Deion Sanders in a Wheelchair? (Shocking Facts!) 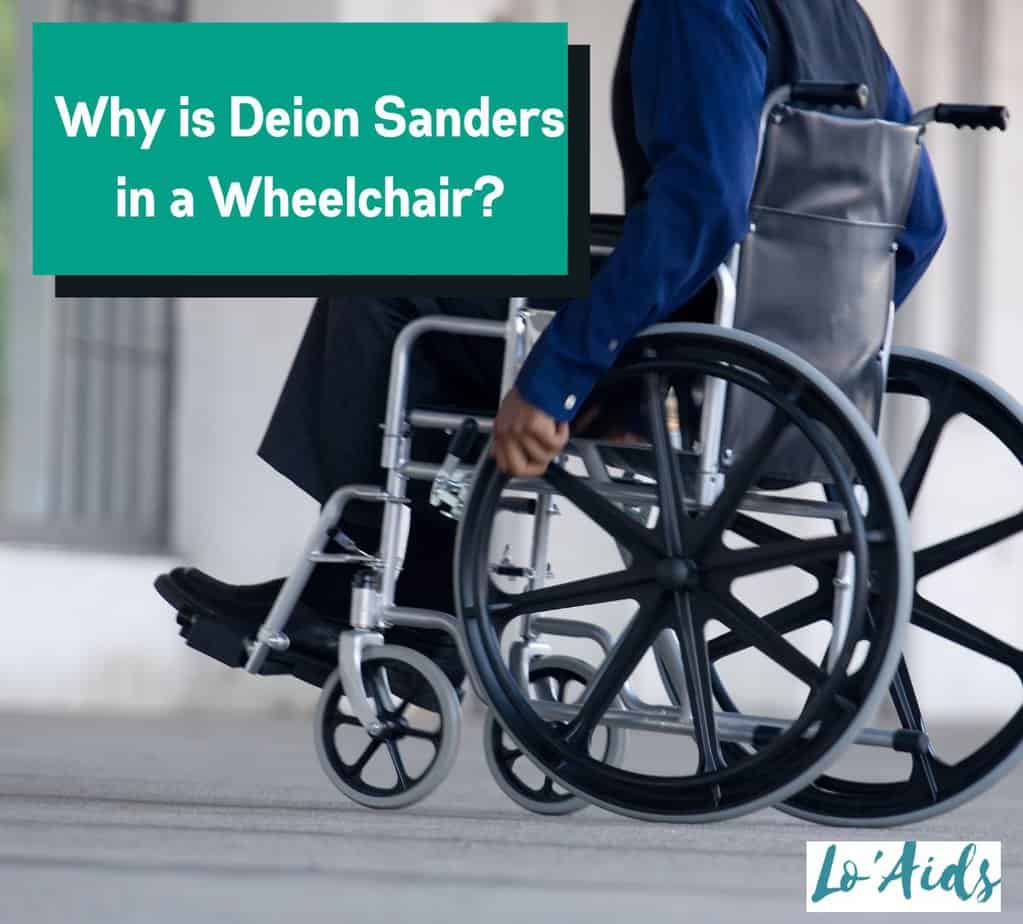 Responsible for turning the tide of the games for Jackson State University, Deion Sanders in a wheelchair news sent shockwaves through the football fanbase.

Why was the 54-year-old Florida native, former football player, and head coach suddenly in a wheelchair? Did something point to this occurrence, and why did we miss the signs?

Why Was Deion Sanders In A Wheelchair?

I’m not the biggest football fan, but because all of my friends are, I have picked up a thing or two to share about Deion Sanders’ medical situation.

Behind the scenes, Deion Sanders was absent from three of Jackson State’s games. In his absence, Gary Harrell took over as the interim coach.

Sanders required surgery on his left foot. This foot injury and, consequently, several follow-up surgeries left him in a motorized wheelchair.

His appearance in a wheelchair shocked fans and led to their concern about his health.

During the season, an inflamed nerve in a dislocated toe became the reason for Sanders’ initial surgery and his largely noted absence. This initial surgery led to complications.

I can imagine how challenging this time was for him after his surgery, seeing his toes start to lose circulation and turn darker right underneath his nose. (1)

Multiple surgeries followed to address the problem, with the possibility of a toe or even a leg amputation looming large.

Ultimately, because of residual blood clots, Sanders developed compartment syndrome and had to go through with the amputation of two toes.

According to the NHS, compartment syndrome is a dangerous pressure buildup within muscles. (2)

It can lead to decreased blood flow, which then causes nervous and muscular damage.

It usually occurs if individuals sustain injuries to their bones and bandage their wounds too tightly before the swelling goes down.

He is reported to have neglected the rest conditions imposed on him by doctors to speed up his recovery, but we all know how that can turn out.

Athletes require rest and downtime because of the strain their bodies experience.

In the case of a decades-long career, during which Sanders advanced from player to coach, his expansive responsibilities to the team increased his strain.

Fortunately, things have taken a turn for the better. Sanders can get around using a motorized wheelchair and a mobility scooter.

How is Sanders Doing Now?

Reflecting on his deteriorating mental health and suicidal ideation, Sanders reported doing much better in a YouTube video.

You can take a look at it here:

He has repeatedly thanked God for keeping him alive in his vulnerable, life-altering health condition.

In an affirmation of his faith, he stated the importance of being grateful to the divine when you’re on top of your game and struggling.

An upcoming documentary series about his life, Coach Prime, will delve deeper into the medical issues he faced during his coaching absence.

What is Deion Sanders’ net worth?

Deion Sanders is worth around $40 million in 2022 because he has been playing basketball, football, and baseball since 1985.

The blood clots were a consequence of former foot surgery. The presence of blood clots required the amputation of two toes.

How much is Deion Sanders paid to coach?

Are all of your fears calmed about seeing football coach Deion Sanders’ wheelchair and deteriorating health condition knowing the full story?

I am rooting for him to remain with Jackson State long enough to make an impact on the football players who are making leaps in their careers under his guidance.

Does the news make you sad? Don’t forget to share your feelings in the comments section!